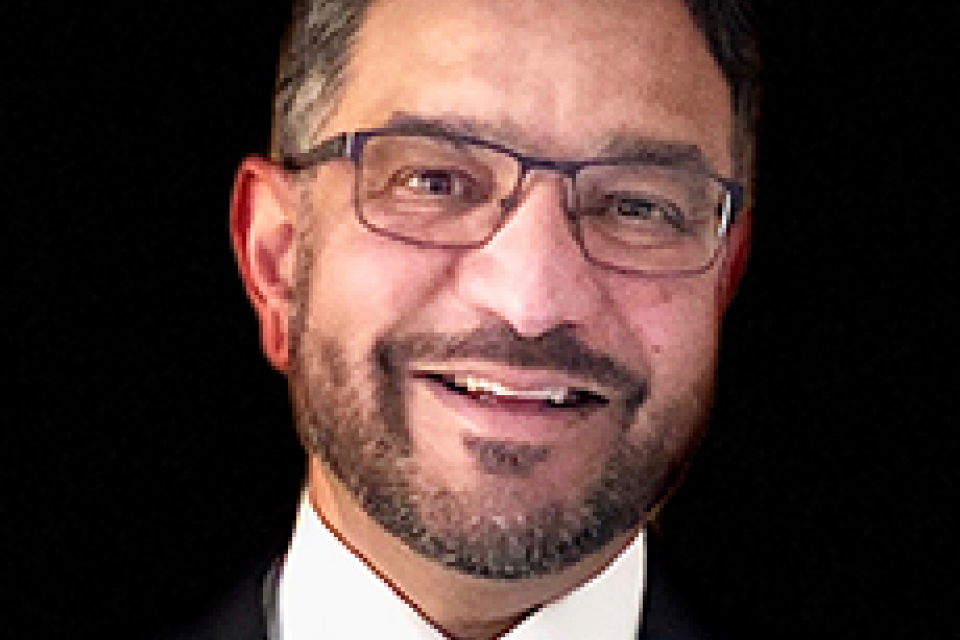 Dr. Sanjay Maggirwar began his prolific career at the Dr. Babasaheb Ambedkar Marathwada University in Aurangabad, India, where he received both his Bachelor and Master of Science in Biochemistry. Dr. Maggirwar then pursued his MBA and developed a strong interest in theater, performing on stage and helping with other theater-related tasks including make-up, stagecraft, and lights. He then completed his PhD in Molecular Microbiology at the Savitribai Phule Pune University and his postdoctoral work at the Milton S. Hershey Medical Center in Hershey, PA, Dr. Maggirwar describes this unique path – his theater experience and his MBA training – as foundational to his perspective on HIV research and scientific leadership. It provided him with a set of skills that he has applied to his extensive HIV research portfolio and to his responsibilities as Professor and Chair of the Department of Microbiology, Immunology, and Tropical Medicine at the George Washington University’s School of Medicine and Health Sciences.

Dr. Maggirwar also worked in the pharmaceutical industry, but it was his interest in research that drew him back to the academic laboratory setting. His earlier work focused on understanding the Human T-cell leukemia virus type 1 (HTLV-1), a retroviral infection. As a postdoctoral fellow, Dr. Maggirwar observed similarities between HTLV-1 and HIV in terms of the signaling mechanisms, which sparked his interest in HIV research. At the University of Rochester Center for AIDS Research, where he served as the Director of the Basic Sciences Core, Dr. Maggirwar’s research focused primarily on neurological disorders caused by HIV impairment to the central and peripheral nervous system, more commonly known as NeuroAIDS. Specifically, he served as PI on an R01 ‘Inflammatory mechanisms associated with HIV-1 dementia’ that examined how HIV-1 can alter cellular signaling mechanisms in such a way that engenders neurodegeneration and the loss of cognitive functions in persons living with HIV (PLWH). His current research includes an R01 on ‘Platelet-mediated neuroinflammatory response to HIV’ to examine the activation of peripheral platelets by HIV-1, their role in stimulating a shift of HIV-infected leukocytes in the brain at various stages of infection, and how this migration can enact ‘viral reservoirs’ in the brain and cause neurologic disorders among PLWH. Dr. Maggirwar also views the study of platelets as an important focus for studies on cancer development. Given his background in immunology, Maggirwar plans to continue studying co-morbidities of HIV, specifically non-AIDS defining cancers such as lymphoma. For this line of research, Dr. Maggirwar believes that the GW Cancer Center and the GW Biorepository offer especially exciting opportunities for collaboration.

As Co-Director of the Basic Sciences Core, Dr. Maggirwar is eager to provide and enhance services to the network of HIV investigators in the District. A major goal for him, he notes, is to increase cross-institution interaction and collaboration among basic sciences researchers. In addition, he hopes to play a role in leveraging the DC CFAR’s strategic location and considerable track record as a key resource to other CFARs. He believes that the assets of the Basic Sciences Core and the citywide DC CFAR model bring considerable strength to HIV research and the national CFAR network. Dr. Maggirwar likens the DC CFAR to “cell phone towers”, providing broad coverage and services across a network of investigators that strengthens scientific connectivity across DC.