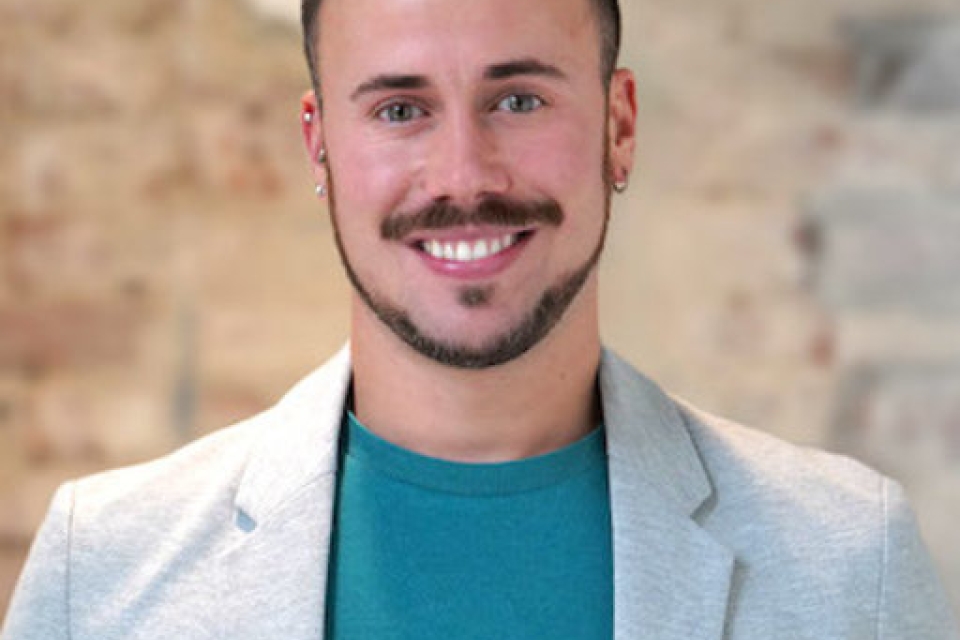 A social and health psychologist, Dr. Jonathon Rendina is the Senior Director of Research at the Whitman-Walker (WW) Institute and represents WW on the DC Center for AIDS Research Executive Committee.

As a student at the Schreyer Honors College at Pennsylvania State University, Dr. Rendina took a course led by Dr. Anthony D’Augelli on sexuality that initially sparked his interest in sexual minority studies and LGBTQ health disparities. He volunteered in Dr. D’Augelli’s lab, worked on an R01 focused on LGBTQ youth, mental health, and suicide risk, and decided to pursue a multidisciplinary B.Phil. in sexuality and health. His undergraduate thesis was on HIV risk behaviors and youth and the psychosocial factors that influence HIV, such as stigma. Dr. Rendina went on to pursue his MPH in Epidemiology and Biostatistics at the CUNY School of Public Health and his MA, M.Phil., and Ph.D. at the CUNY Graduate Center to further his study of stigma and HIV in social psychology. At the CUNY Graduate Center, he became involved in NIH-funded research as a research coordinator and then data analyst focused on HIV. Within a year of completing his Ph.D., Dr. Rendina was granted a K01 award to explore the influence of stigma on the neurocognitive and immunological function of sexual minority men living with HIV. This training and pilot study helped Dr. Rendina successfully apply for funding that resulted in his first R01 award titled “Testing a Biopsychosocial Model of Minority Stress and Health for HIV-Positive Men.”

Today, Dr. Rendina’s research expands further into intersectional stigma and health inequities in communities heavily impacted by HIV. His current research uses remote and in-person cohorts to look at various endpoints in stigma and health outcomes. As the Senior Director of Research at Whitman-Walker and Associate Research Professor in the Department of Epidemiology at George Washington University (GW), Dr. Rendina bridges GW and WW researchers in cross-institutional research. Recently awarded a new construction grant by the National Institutes of Health (NIH) Office of AIDS Research, Dr. Rendina is leading the development of a state-of-the-art HIV-focused biomedical research facility in Washington DC’s Ward 8. The grant will more than double the research space at Whitman-Walkers' new flagship building, Max Robinson Center, and will feature a dedicated lab and research pharmacy. This new space will provide access to community-centered clinical and translational research and facilitate cross-institutional collaboration through this new joint venture between the community-based research institute and initially GW with the long-term goal of engaging other DC CFAR institutions.