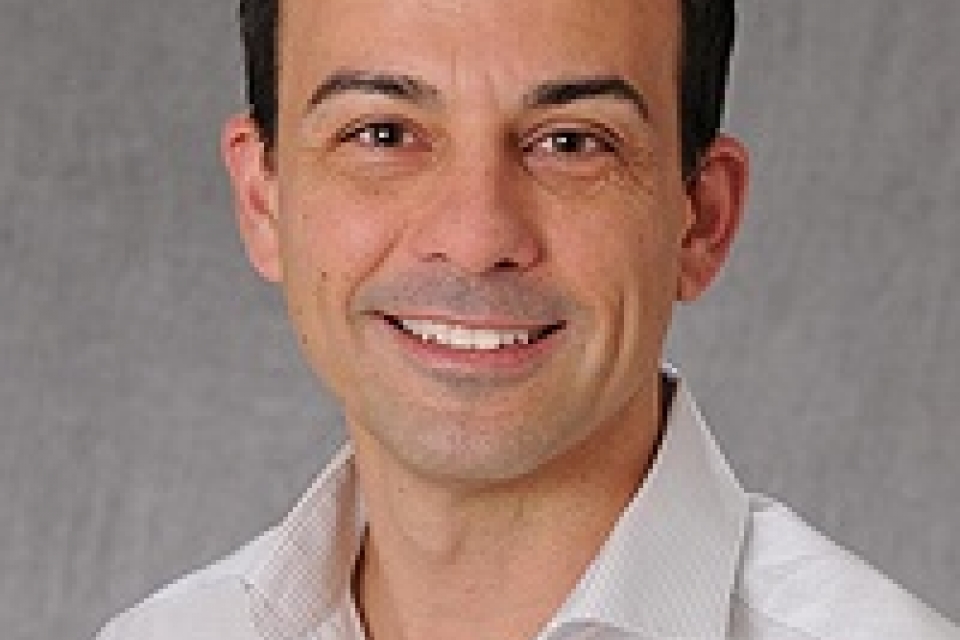 Dr. Alberto Bosque began his scientific career at the University of Zaragoza in Spain, where he studied biochemistry and cell biology. He credits his early mentors with driving his passion for understanding signaling pathways in cell biology and the mechanisms of down regulation of human T cell immune responses. Although his early research was not focused on HIV/AIDS, he notes the important parallels between HIV’s attack on the immune system and many of the signaling pathways that he studied. A presentation on HIV by Dr. Vicente Plenelles, who would later become his postdoctoral mentor, made him consider the retrovirus in a new light and as a potential new focus for his research. With two postdoctoral fellowship opportunities – one from the Ministry of Science and Technology in Spain and the Mathilde Krim Postdoctoral Fellowship from the Foundation for AIDS Research (amfAR) – Dr. Bosque joined Dr. Planelles’s laboratory at the University of Utah. During his tenure as a postdoctoral fellow, he was credited with establishing one of the first primary cell models of HIV-1 latency. Today, Dr. Bosque is an Assistant Professor in the Department of Microbiology, Immunology, and Tropical Medicine (MITM) at George Washington University’s School of Medicine and Health Sciences (SMHS). He is also the Director of the Bosque Laboratory, which is part of MITM’s Research Center for the Eradication of HIV. At the Bosque lab, investigators examine novel mechanisms that can be safely applied to HIV-1 eradication strategies by identifying the processes that are controlling the entry and exit of HIV into latency. The Bosque Lab seeks to understand these processes in vitro by using primary cell latency models that mirror the latent reservoir in HIV patients. Much of the research in the Bosque Lab focuses on both the unearthing and classification of the novel mechanisms aimed at reactivating latent HIV.

Dr. Bosque’s work on HIV latency has led to several NIH-funded grants, including an R01 on Developing Pathogen Recognition Receptor Agonists as Latency Reversing Agents and an R33 on A Family of Compounds that Reactivate Latent HIV Without T-Cell Activation. In addition, Dr. Bosque has co-authored several publications, including Dual TLR2 and TLR7 agonists as HIV latency-reversing agents, a study that sought to combat the latent reservoir in HIV patients by finding latency-reversing agents to induce viral reactivation and subsequent immune cell recognition and elimination of latently infected cells (known as the shock-and-kill strategy) and Influence of Biological Sex, Age, and HIV Status in an In Vitro Primary Cell Model of HIV Latency Using a CXCR4 Tropic Virus, a study that examined primary cell models and the role of biological sex, age, and HIV status on both the establishment and reactivation of latent HIV in vitro. With a sharp focus on HIV cure research, Dr. Bosque hopes to see a cure in his lifetime and, in addition to his current research on HIV latency, he is pursuing research on novel prevention mechanisms to target functions in the cells that can promote antiviral responses.

As the Co-Director of the Basic Sciences Core and the Director of the Multiparametric Flow Cytometry Laboratory, Dr. Bosque works to broaden the DC CFAR’s basic sciences research portfolio. He strives to find and coordinate the needs of basic sciences investigators and the instruments that they use in an effort to engender cross-institution collaboration. To Dr. Bosque, the success of the CFAR program can be attributed in part to the engagement of the broad group of researchers from multiple disciplines. HIV, he notes, is not just a “basic sciences problem” – it requires a more holistic understanding. Dr. Bosque believes that the DC CFAR’s citywide model allows one to truly comprehend the full spectrum of HIV.