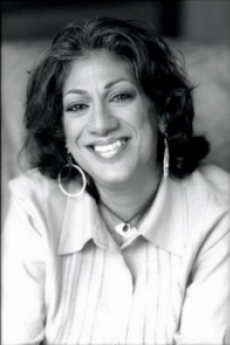 Patricia Nalls is the Founder and Executive Director of The Women’ s Collective (TWC), a leading  community health and human services agency in Washington, DC; TWC provides prevention, care and  support services, and advocates for the health and human rights of women and girls. TWC stands alone  in D.C. region as the only agency dedicated to meeting the needs of women and girls in fighting the  HIV/AIDS epidemic and protecting their rights.

Pat is an activist advocate fighting locally, nationally, and globally for the rights of women, girls and their  families living with and at risk for HIV/AIDS and HepC. When Patricia was diagnosed with AIDS at age 29,  she was told that she had less than two years to live. Pat struggled with her health, while her husband  and young daughter were dying of the disease. She also had to take care of two healthy children. She  felt isolated, often the only woman in PWA support groups. So, she started a support group with the  hope that she could meet other women struggling with HIV/AIDS. That support group evolved into  what’s known today as The Women’s Collective. Today, Pat’s vision of TWC, a peer-based, woman  focused, health and social services model of care has been replicated at community-based organizations  in the United States and around the world including India, South Africa, Kenya, the U.S. Virgin Islands,  Russia and Brazil.

Pat has provided training and technical assistance for community based, regional, national and  international nongovernmental and governmental agencies including the United Nations Programme on  HIV/AIDS, Centers for Disease Control, Office of Women’s Health, National Institutes of Health, Health  Resource Services Administration, and the National Alliance of State and Territorial AIDS Directors. She  has testified at numerous Congressional hearings and have hosted briefings on Capital Hill. She has also  worked with universities to ensure that the next generation of health care providers are fully informed  about the comprehensive health and social services needs of women with and at risk for HIV/ADS and  other health disparities.

Patricia has been recognized for her heroism, strength, and determination, both Locally and nationally, in the media and with many prestigious awards, including, Washingtonian of the Year, The NAACP Youth  Council Award, The Gloria Steinem Award, Heroes in the Struggle Award, and the Caribbean People’s  International Award. Patricia was also featured in Essence Magazine, Peoples Magazine, Newsweek,  The Washington Post, and on national and local television, including CNN, CSPAN and an award from

WJLA Channel 7 and WUSA 9. Under her leadership and guidance, TWC continues to work towards a  future of no new transmissions and a cure for HIV/AIDS and health care and social services that truly  meets the self-defined needs of women, girls and their families!

Patricia Nalls is the mother of two children and has 2 grandchildren.