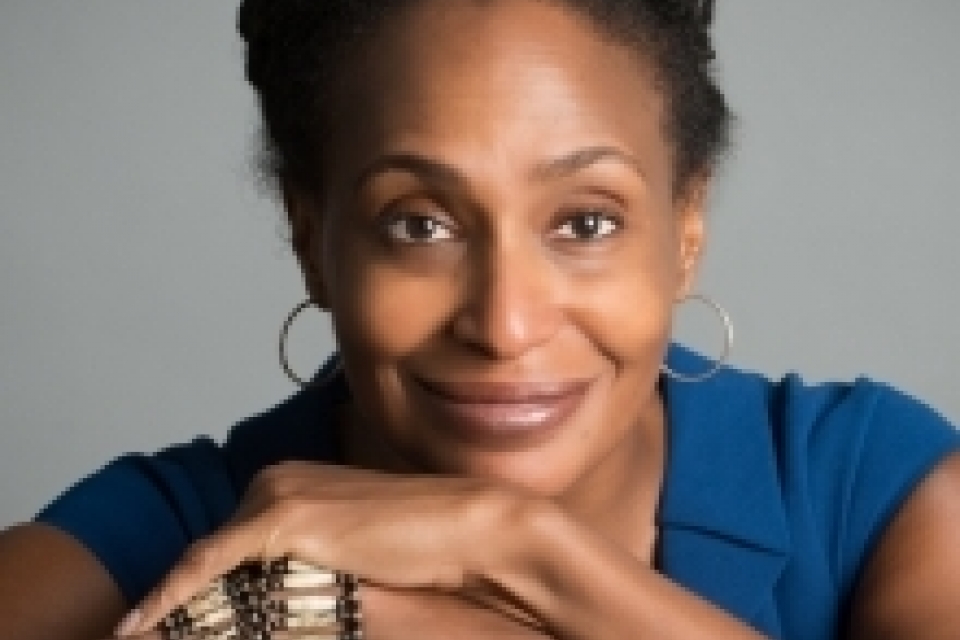 Dr. Lisa Bowleg’s interest in HIV research began when she was an undergraduate psychology student at Georgetown University. She credits a Women’s Studies course, in particular, as instrumental to unlocking her interest in intersectionality – an analytical framework that examines how different intersecting social positions (e.g., race, gender, sexual identity, and class) reflect interlocking social-structural privilege and inequality (e.g., racism, sexism, classism, and heterosexism). Now the Director of the DC CFAR Social and Behavioral Sciences (SBS) Core and Professor of Psychology at George Washington University, Dr. Bowleg views this early introduction to intersectionality as a major influence in her early career and fundamental to her current research on HIV.

After earning an MA in Public Policy with a concentration in Women’s Studies, and a PhD in Applied Psychology from George Washington University, Dr. Bowleg applied her understanding of intersectionality to HIV/AIDS policy research in the late eighties – a time when researchers were still seeking a more concrete understanding of the retrovirus itself. Her experience in public policy gave her a unique perspective on her research in social and behavioral sciences: it enabled her to examine topics like the intersection of race and sexual identity with an eye towards understanding the legislative implications for a variety of health outcomes, including HIV/AIDS.

As HIV/AIDS policy research continued through the late eighties and into the early nineties, Dr. Bowleg observed that this work focused almost exclusively on White, gay men. There was little attention to women, who were also susceptible to the virus, but were not included in early case definitions. This, she noted, had implications for access to disability benefits for women living with HIV/AIDS, and led her to question what and who was excluded from the HIV/AIDS prevention narrative, and why? This question would serve as the basis for much of Dr. Bowleg’s future research.

Dr. Bowleg’s research reflects the need to acknowledge underrepresented groups in HIV research while considering ideas of masculinity; relationship power; and individual-level and social-structural barriers. Her recent work demonstrates that there are gaps in knowledge regarding social-structural stressors at the population-level and individual-level – such as racism and poverty – that contribute to Black men’s sexual HIV risk behaviors. She also notes that traditional measures of risk, such as attitudes about condom use, are often too narrow to understand sexual HIV risk behaviors among Black men – structural factors, such as poverty, neighborhood instability, and incarceration are also important. Dr. Bowleg’s current research focuses on how context influences risk among men in DC and uses a neighborhood approach to assess what multilevel factors that increase and decrease HIV risk for Black men in different DC neighborhoods. A newly-funded National Institute on Drug Abuse (NIDA) grant will examine social-structural stressors such as intersectional discrimination, protective factors, and drug use and negative mental and physical health among Black men at different intersections of sexual identity and socioeconomic position (SEP). In the future, Dr. Bowleg is interested in examining how social-structural stressors such as racism and sexism are linked to substance abuse, opioid abuse, and HIV risk for Black women at different intersections of sexual identity and SEP in the DC metro area.

Dr. Bowleg values the DC CFAR’s city-wide model, which not only encompasses academic partners, but integral community and government partners, as well. To Lisa Bowleg, the CFAR’s city-wide approach to the local HIV epidemic is one of its greatest strengths. Her vision for the SBS Core includes engaging more meaningfully with different communities, encouraging research that is more community-based, and troubleshooting ways to address the structural barriers (e.g., tenure and promotion requirements) that often hinder academic researchers from developing equitable and meaningful partnerships with communities. To that end, Dr. Bowleg has already begun to collaborate with the DC CFAR’s Community Advisory Board on a plan to disseminate research findings to communities that removes the convoluted and distancing “jargon” often associated with academia. Dr. Bowleg is eager to engage members of the SBS Core through a series of activities including mixers and virtual coffee hours. Finally, Dr. Bowleg is excited to be a resource to CFAR investigators. She looks forward to supporting their work and the development of proposals that will lead to R01-funded researcher, while promoting an environment that strives for greater racial and ethnic diversity and community engagement.